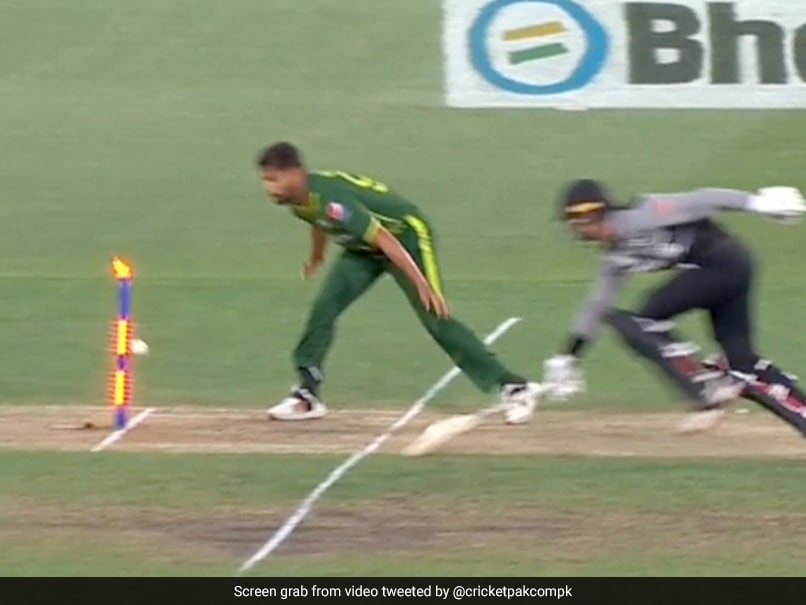 New Zealand vs Pakistan: Devon Conway was run out by Shadab Khan

Pakistan made a brilliant start to their semifinal clash against New Zealand as they picked up three wickets early in the innings to peg the Kiwis back. After Shaheen Afridi sent Finn Allen back early, Devon Conway and captain Kane Williamson stitched a partnership to steady the innings.

But just when it seemed like the duo will build a strong foundation for the team, Shadab Khan produced a great piece of fielding to end Conway’s stay.

With Conway looking to steal a single by pushing the ball in the mid-off region, the Pakistan vice-captain reacted swiftly and produced a direct hit.

The decision was referred to the third umpire and the replays found Conway just out of the crease.

Conway was dismissed after scoring 21 runs off 20 deliveries.

Things went from bad to worse for New Zealand as in-form batter Glenn Phillips was dismissed for 6 runs.

New Zealand are looking to reach their second consecutive T20 World Cup final, having lost in the summit clash to Australia in Dubai last year.

Pakistan last reached the final of the event in 2009, when they went on to become champions. They have lost 3 semi-finals since.