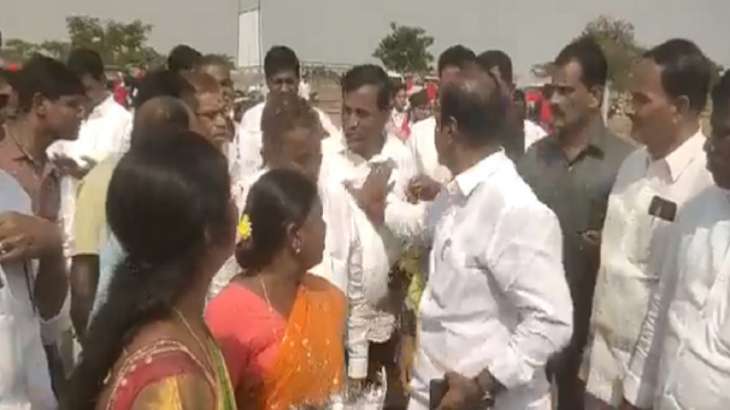 Gadwal, Telangana: In another rowdy behaviour and misuse of power, Telangana Rashtra Samithi (TRS) now Bharat Rashtra Samithi (BRS) MLA Bandla Krishna Mohan Reddy from Gadwal was caught on camera aggressively holding an education official with his collar and shouting at him for being invited late for a school opening ceremony.

The incident took place while media persons were present at the spot.

The official has been recognised as regional co-coordinator for government’s Gurukula schools.

Reports say the MLA fumed over being invited late for the inauguration ceremony of the school, as it was inaugurated by Zila Parishad Chairman.

Speaking on the matter, Gadwal SP said that they haven’t received any complaint yet on the matter… they saw the viral video… action will be taken if anyone complains.