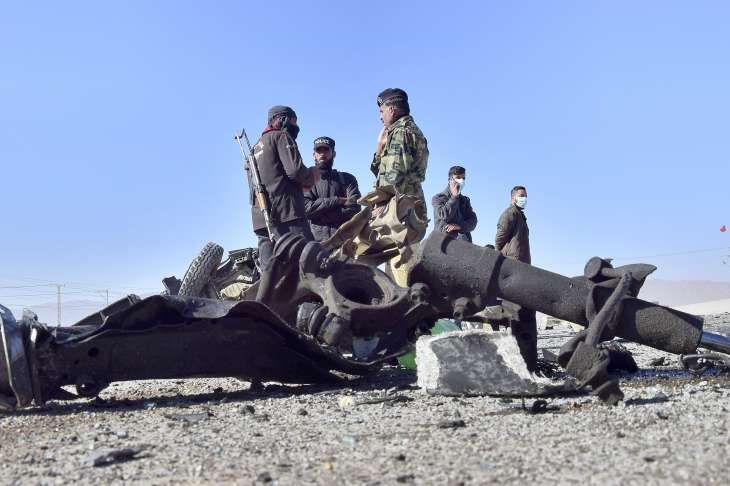 A suicide bomber from the banned Pakistani Taliban blew himself up near a patrolling police truck carrying security personnel to protect polio workers in the country’s restive Balochistan province on Wednesday, killing at least three people and injuring 23 others, including 20 security personnel, police said. The attacker targeted the paramilitary Constabulary truck in Quetta’s Baleli area, which was going to provide security to polio workers at the ongoing drive.

Quetta Deputy Inspector General of Police (DIGP) Ghulam Azfar Mahesar confirmed the attack and said that 20 policemen were among the injured. At least 23 other people sustained injuries in the attack, including 20 policemen and three civilians, he said. “Looking at the crime scene and given that the truck toppled, it is estimated that 25 kilograms of explosives were used,” he said, adding that a total of three vehicles were hit in the blast. The banned Tehreek-e-Taliban Pakistan (TTP) group claimed responsibility for the attack which came just two days after the group announced to call off its ceasefire.

It said the attack was in retaliation for the killing of Abdul Wali also known as Omar Khalid Khurrassni killed in Afghanistan in August. Mahesar said that the explosion was a suicide attack as they have found the remains of a suicide bomber near the crime scene. Preliminary police investigations showed that a rickshaw hit the police truck. Authorities have declared an emergency in the hospitals of Quetta to treat the victims. Prime Minister Shehbaz Sharif condemned the incident and directed the authorities to initiate an investigation into the attack.

According to the state-run Radio Pakistan, the premier expressed grief and sorrow over the loss of life. He also said that polio workers across the country were fulfilling their responsibilities without caring for their lives. “Eliminating polio virus from the country is amongst the top priorities of the government and we will not rest until polio is completely eradicated,” he said. President Dr Arif Alvi also condemned the attack and prayed for the forgiveness of the deceased and the recovery of the injured.

Attacks on workers of the anti-polio vaccination drives in Pakistan have increased in recent times. In March this year, gunmen in northwestern Pakistan shot and killed a female polio worker as she was returning home after taking part in the country’s latest anti-polio campaign. In January last year, armed gunmen shot dead a police officer guarding a team of polio vaccine handlers in northwestern Pakistan. Pakistan, along with Afghanistan, remains the last polio-endemic country in the world, according to the World Health Organisation.