The luncheon meeting comes after almost three-month-long efforts of Congress general secretary and Punjab affairs in-charge Harish Rawat to bridge the gulf between the warring duo. 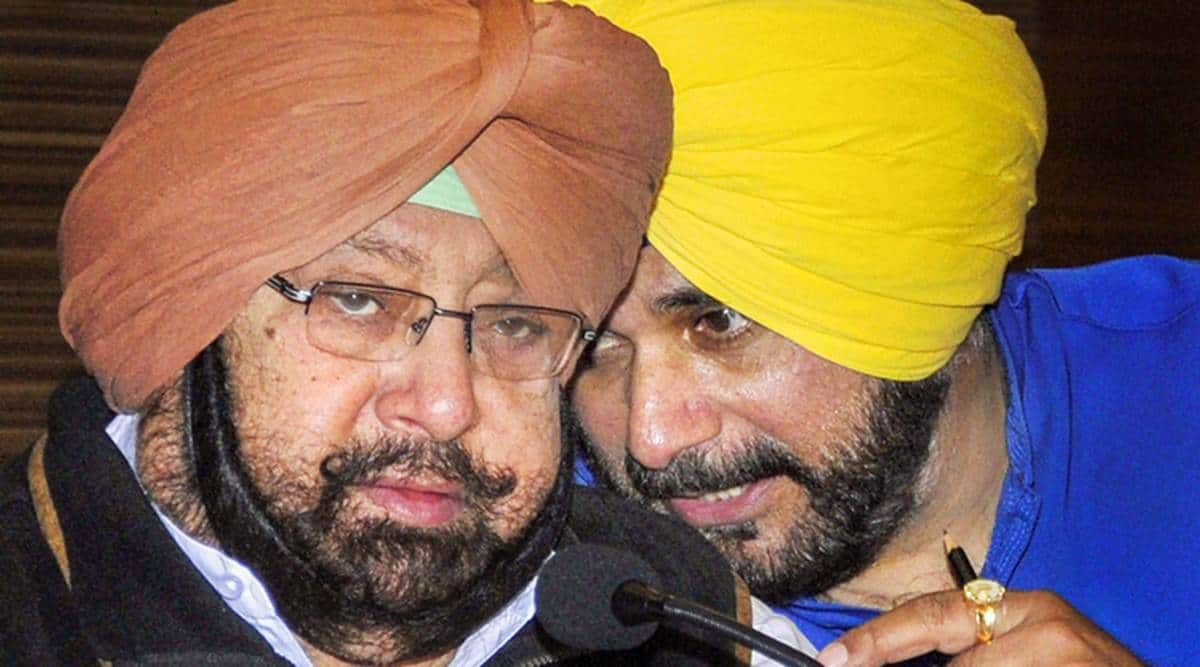 In what is being seen as a sign of thaw between Punjab Chief Minister Amarinder Singh and his former Cabinet colleague Navjot Singh Sidhu, the former has invited the latter over a luncheon meeting on Wednesday.

The luncheon meeting comes after almost three-month-long efforts of Congress general secretary and Punjab affairs in-charge Harish Rawat to bridge the gulf between the warring duo.

While all eyes are on the luncheon meeting, media advisor Raveen Thukral stated that the meeting will discuss national and state politics. He tweeted: “Punjab CM @capt_amarinder has invited Navjot Singh Sidhu for lunch tomorrow (Nov 25). He & @sherryontopp are expected to discuss state & national politics over the luncheon meeting.”

Sources close to the CM said that the meeting will take place at the CM’s farm house near Chandigarh. The government as well as the party is tightlipped about what all will transpire in the meeting but sources said the meeting could lead to Sidhu’s return in the Cabinet.

However, sources close to the CM said, “Tomorrow’s lunch is about ‘breaking bread to break ice’. There is nothing more to the meeting. It is too early to say anything. But the CM is firm that if Sidhu is willing to be reinducted into the Cabinet, he will not be handed Local Bodies Department.”

The CM had divested Sidhu of the Local Bodies Department after the Lok Sabha election last year. The CM had blamed Sidhu for Congress faring comparatively poorly in urban areas calling him a non-performer. The CM had handed him the Power Department but Sidhu had refused to join the office. He had later resigned. Sources close to Sidhu also say that he too would not budge from his stand unless the party found an “honourable” way to bring him back in the Cabinet.

Captain and Sidhu have been warming up

As sources in Congress indicate that general secretary Priyanka Gandhi Vadra was working actively to ensure that Sidhu was accommodated in the government or in the party and not pushed to the fringes despite groundswell of support, both Sidhu and Amarinder had been in unison for at least last one month. While Sidhu’s presence during former AICC chief Rahul Gandhi’s three-day visit to Punjab for his show in support of farmers, had turned out to be a fiasco, Sidhu seconded Amarinder’s resolution negating the Centre’s farm laws during last Vidhan Sabha session in October-end. It was learnt that Amarinder had himself called up Sidhu, asking him to second the resolution.

Later, during Punjab Congress’s dharna at Jantar Mantar in Delhi, Sidhu was the second last speaker before the CM and praised the CM for his stand in favour of the farmers.

Rawat has also been paying attention to Sidhu. He personally went to his house and accompanied him to Rahul’s rally at Moga. Rawat’s “over-attention” to Sidhu has, however, not been going down well with Amarinder. Soon after Rahul left Punjab, Amarinder , in an interview to a TV channel, reiterated that Sidhu was most welcome to rejoin the Cabinet as a power minister but he could not be made the PPCC chief as there were several dyed-in-wool Congressmen in Punjab, who deserved the post.

Rawat has, however, called Sidhu a “Rafale” and party’s weapon for the next election. He had said that he would bridge the gap between both the CM and Sidhu. The CM-Sidhu meet on Wednesday is certainly the first step. The outcome of the meeting, however, will be awaited.