Farmers’ Protest Live News Updates: The farmers have remained adamant that they will only end the protests if the government agrees to repeal the three farm laws. 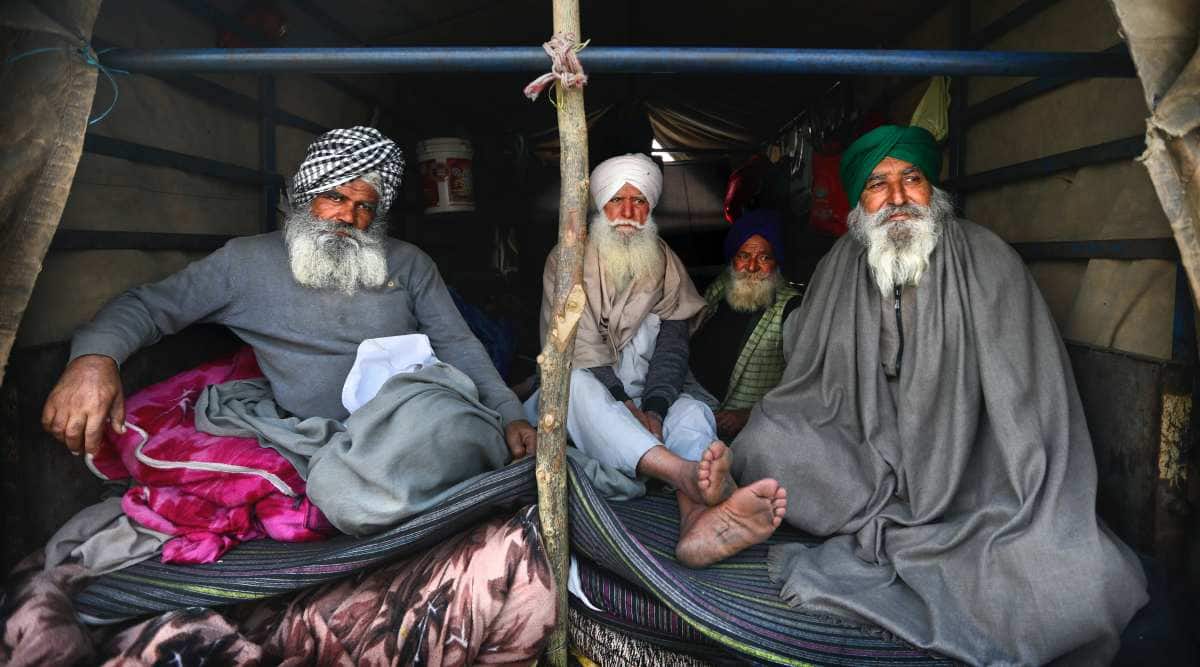 Farmers’ Protest Live Updates: The seventh round of meeting between representatives of protesting farmers and the Central government failed to resolve the impasse against the three farm laws. The government remained firm on not repealing the contentious laws and is believed to have suggested a panel to take the matter forward, PTI reported. The farmer groups also stuck to their demand for the repeal of the Acts.

Bharatiya Kisan Union leader Rakesh Tikait, who is participating in the meeting, told PTI over the phone during the break that the first hour of discussion remained focussed on the three laws. “Our demand is the repeal of the laws. We will not agree to any alternatives such as the setting of the committee,” he said.

Union Agriculture Minister Narendra Singh Tomar, Railways, Commerce and Food Minister Piyush Goyal and Minister of State for Commerce Som Parkash, who is an MP from Punjab, are present at the meeting with the representatives of 40 farmer unions. The representatives of protesting farmers had their own food, arranged from langar (community kitchen), as they have been doing for the last few times. However, unlike the last round of talks on December 30, the ministers did not join the union leaders for the langar food and were seen having their own discussion separately during the break, which lasted for more than one and half hours.

The farmers had earlier threatened to intensify protest by shutting malls and petrol pumps if today’s talks with the Centre fail. “Our demands remain the same. The farm laws must be repealed. The two amendments need to be rolled back and the government must listen. Our agitation will continue,” Jageer Singh Dalewal, a Bharat Kisan Union member said. They even threatened to shut malls and petrol pumps if the Monday’s talks with the Centre fail.

Thirty-five students of Panjab University have written to Chief Justice of India (CJI) S A Bobde and other judges of the Supreme Court seeking an inquiry into alleged police atrocities on the farmers protesting at Delhi borders against the three farm laws.

Aanchal Sawa, one of the signatories of the letter, told PTI that the apex court registry has provided the diary number to the letter which may be registered and heard as a PIL.

In the open letter, the students of the Centre for Human Rights and Duties of the university have alleged that there has been “illegitimate use of water cannons, tear gases shells and lathis on peaceful protesting farmers” by police authorities which needs to be probed.

“We wanted farmer unions to discuss three laws clause-wise. We could not reach any solution as farmer union remained adamant on the repeal of the laws,” Union Agriculture Minister Narendra Singh Tomar said after the meeting with farmers.

“Looking at today’s discussion, I hope that we will have a meaningful discussion during our next meeting and we will come to a conclusion,” he said.

The ministers wanted us to discuss the law point-wise. We rejected it and said that there is no point in discussing the laws because we want a complete rollback of the laws. Govt intends to take us towards amendments but we will not accept it: Yudhvir Singh, Bhartiya Kisan Union said after the seventh round of meeting with the Centre